After a successful festival-run, Bryan Poyser’s Love & Air Sex has been acquired by Tribeca Film. The film hits VOD February 4th with a theatrical run starting later that week (including a live “Air Sex Road Show“).

I edited the film back when it was called The Bounceback. It premiered at SXSW in 2013, and stars Michael Stahl-David, Ashley Bell, Zach Cregger, Sara Paxton, and Addison Timlin. See the new trailer and poster after the jump. 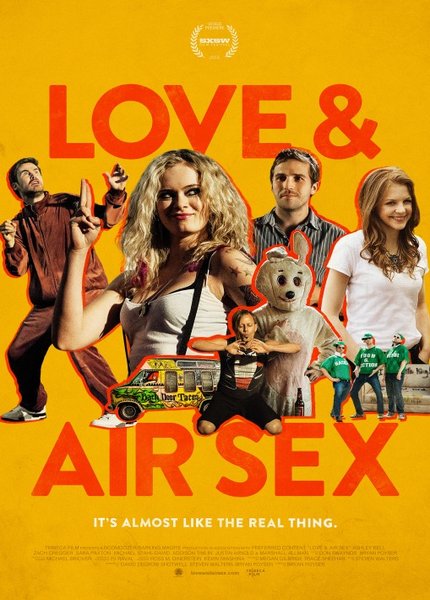 This entry was posted in Distribution, Editor, Love & Air Sex. Bookmark the permalink.